Right after LAPD reported a significant drop in burglaries, a mini-crime wave rolled through Brentwood, as if reacting to the report. Robbers stole wheels off cars parking on Bowling Green and taggers spray painted cars all across the City.

On the 300 block of north Bowling Green, the pictured car was jacked up right in front of the owner's home after 1:00am and all the wheels and tires were removed. (We do not know why the car alarm did not sound). Down the block, the lug nuts were loosened but the perps had to bolt and the homeowner was in peril as she discovered the lug nuts were loose WHILE DRIVING!  She was able to pull over unharmed.

Later in the week, all over Brentwood, in fact from WeHo to Calabasas, cars were tagged with red spray paint with the numbers six and nine.  LAPD is investigating and believe they will find the perpetrators, given the wide use of security cameras in the City. 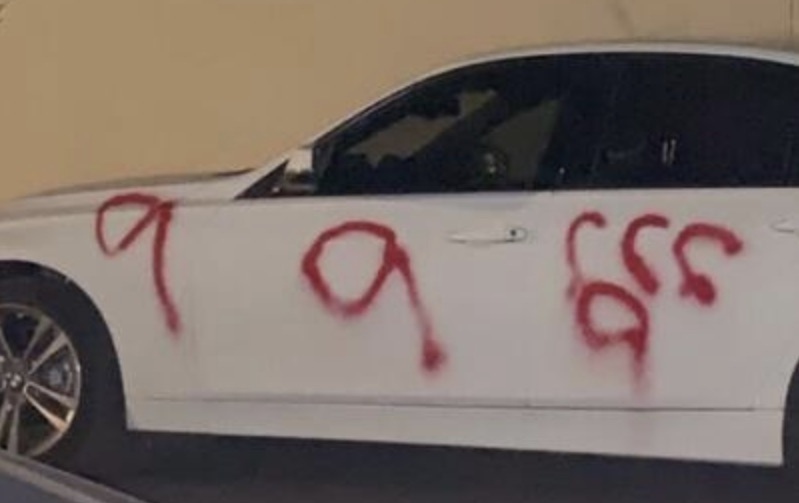